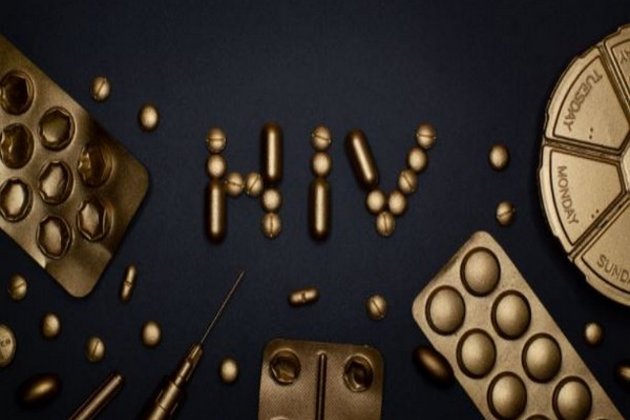 Their study was published in the journal Science Advances. While scientists have had rapid success engineering vaccines against the pandemic coronavirus in less than a year's time, HIV, the virus responsible for the AIDS epidemic, has proven significantly more challenging.

Despite more than 30 years of effort, the world still lacks an effective vaccine against acquired immunodeficiency syndrome (AIDS). Given the rapid success of the coronavirus vaccines, it may seem perplexing, but the reasons are many. The coronavirus infects cells in the airways and elsewhere. But HIV, short for "Human Immunodeficiency Virus," infects the very immune cells needed to generate an immune response. That's just the beginning of the challenge.

Compared to HIV, the coronavirus is slower to change and relatively stable. HIV has proven a master of disguise, able to cloak itself in a changing coating of protective sugar molecules stolen from its host, to make it appear friendly. Plus, it churns out mutated versions at an astonishingly rapid rate, staying one step ahead of people's immune responses.

"The HIV surface spike is a sugar-coated, shape-shifting nightmare for antibodies to latch onto and provide protection," says Dennis Burton, PhD, chair of the Department of Immunology and Microbiology at Scripps Research, and co-author on the paper.

"HIV exists in literally hundreds of thousands of different variants of concern compared to the handful for coronavirus," Burton notes.

To outfox HIV's changeability, scientists have developed techniques to "rationally design," or engineer, vaccine particles intended to prompt the formation of antibodies that broadly neutralize many subtypes of HIV.

Much like the current array of pandemic coronavirus vaccines, these HIV vaccine prototypes consist of a fragment of the actual virus, the surface spike known as the envelope glycoprotein (Env), which is found on the virus exterior.

Both coronavirus and HIV have such spike proteins. Under the electron microscope, they look like a tripod. The three-piece molecular machine morphs as it transitions from binding to the cell surface to open the cell's membrane. Ward and colleagues solved the first HIV Env tripod structure, also called a trimer, in 2013, which was a watershed moment for HIV vaccine engineering efforts.

A key to the successful design of both vaccines has been stabilizing the spike proteins in their "pre-fusion" trimer state, Ward says.

That's done with molecular staples and other protein engineering tricks that lock in the desired shape of the molecule. In 2017 Ward's team and colleagues at Dartmouth and the National Institutes of Health (NIH) adopted a similar strategy to hold coronavirus spikes in the "pre-fusion" shape. Their invention, colloquially known as 2P, has been incorporated into almost all of the most successful coronavirus vaccines now on the market. Ward's group and colleagues around the world are pursuing a similar strategy with HIV. But like seemingly everything with HIV, that effort is proving more complicated, too.

In their new study, first author Hannah Turner says their team used single-particle electron microscopy to analyze a wide range of samples from animals immunized with collaborating scientists' experimental HIV vaccines. Rather than focusing on the usual spike-antibody complexes, she used a recently developed strategy to also characterize the sample's "junk" that would previously have been discarded. The junk held unexpected information, she says.

The good news is that the team is already well on the way to engineering improved HIV vaccine spikes designed to prevent off-target, base-binding antibodies, she adds.

The technology that allows for these insights is relatively new, first reported by Ward's lab in 2018 in collaboration with Lars Hangartner, PhD, an Immunology and Microbiology associate professor at Scripps Research. Called electron microscopy polyclonal epitope mapping (EMPEM), it is a technique that takes tens of thousands of images of immune complexes and computationally classifies and characterizes the many molecular structures that appear in a global immune response.

The technique is empowering smarter vaccine design approaches for HIV, and also for other viral diseases, including influenza, coronaviruses, Ebola, and more, Ward says.

"The more in-depth analysis you can do to understand what happens in terms of antibodies elicited and the antigens' fate in vivo, the more opportunities you have to redesign and engage the immune system in a more productive manner," he says.

The new study shines a light on a previously unappreciated phenomenon that antibodies elicited via immunization can degrade the vaccine payload, Ward says. With protein subunits based on viral spikes coming to the forefront of vaccine efforts for a variety of viruses, it will be important to avert these unintended responses, he adds.

"It will take more iterations and more technology to find the design principles to steer the immune system to where we want it to go for HIV," Ward says, "Our study provides yet another piece of the puzzle, and once again demonstrates the power of electron microscopy for analyzing immune responses." (ANI)